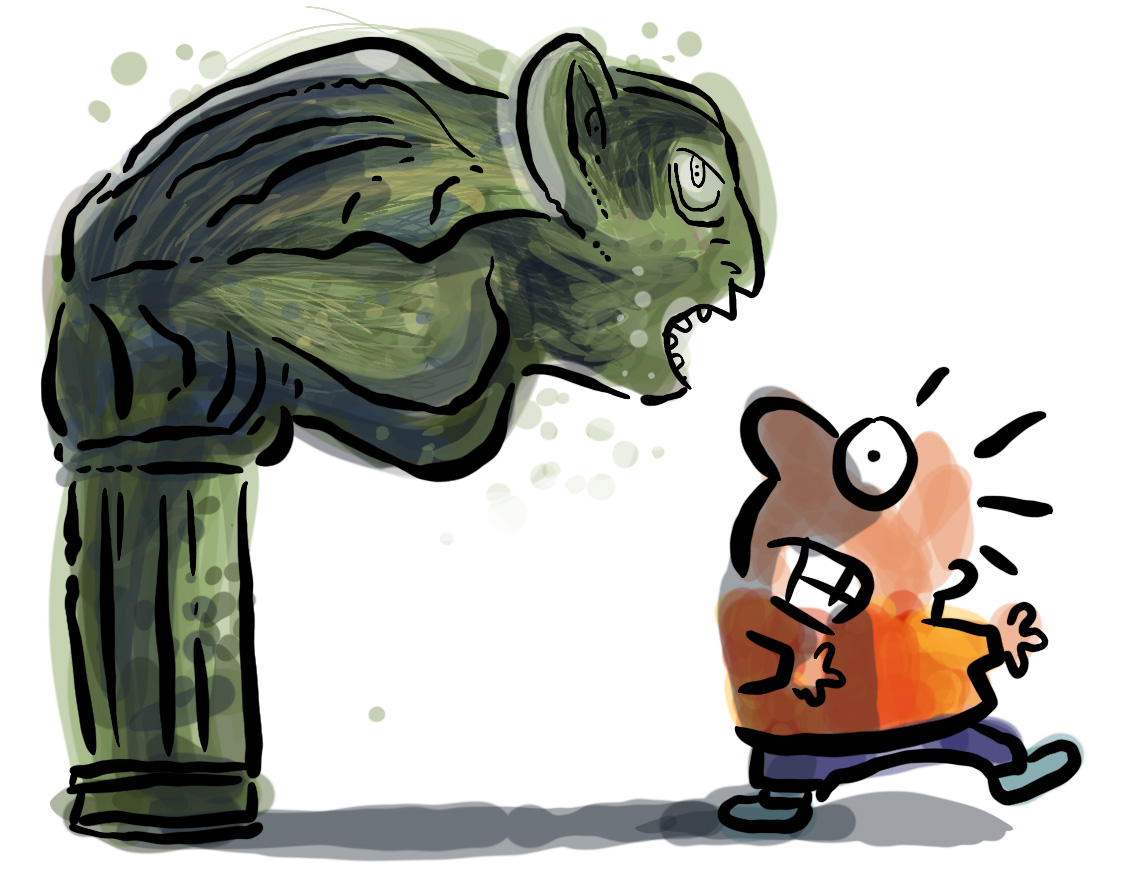 When creating sales pages – or even when fixing them, you have a long list of elements to tackle.

So many, in fact, that you may just put off the fix for a few weeks, which ends up taking a few months. The reality is that you and I can't do it all at once. Why not take on a few elements instead?

If you were to fix things on your sales page, where would you start?

Here are two of the ones I'd get cracking on right away. We will tackle the following two elements next time.
Right click to save this episode.

When I worked as a copywriter in ad agencies, the three things we'd talk about centred around:

1- How to create astounding advertising
2-How to win advertising awards
3-How to meet models.

Maybe we were younger, maybe it was a crazier time, but it's more likely that we weren't focused on specific results. We could spend tens of thousands, even hundreds of thousands on an ad campaign and not have to worry about the results. With a sales page, however, there's usually just a singular focus. Everything on the page is designed solely to get you to the “buy now” button.

As someone designing the sales page, you have two separate audiences.

The first audience comprises of people who are just looking to give you feedback. Even the best written copy in the world can quickly amount to nothing, if the layout isn't quite right on a sales page. There might be some level of confusion or distractions.

Worse still, the sales page may have a considerable amount of errors—which you could also lump into the category of distractions. However, this first kind of audience is just acting as your collective of guardian angels, giving you their feedback and praise where needed.

The second audience are your buyers.

They aren't necessarily window shoppers, because people who don't buy have their own reasons. However, buyers are those invested in your product. They're likely to have gone through your sales page in detail. When you ask them what made them choose your product, it's likely that they could tell you what caused them to buy from your page.

However, at Psychotactics, when we ask clients what they found interesting on our sales page, they aren't very helpful at all. They seem to suggest that they barely read, or at best skim very quickly through the sales page. They're more eager, it seems, to get to the buy now button.

This behaviour makes no sense, or does it?

It makes sense to have a sales page, because you're putting together all the information that enables clients to make a buying decision. However, what if your clients are largely ignoring the contents of the sales page? This tells us that something else is afoot.

In 2016, we decided to have a workshop in the South Island of New Zealand. It was an early version of a course we were intending to do. The sales page comprised merely of the name of the course, the location and dates. And the bonus was that you'd get to meet my wife, Renuka.

You'd think that such a sales page would get zero response. Instead, people flew in from the US, the UK, Australia and we even had one solitary New Zealander. All of them, had never seen the sales page, because it didn't exist. However, if you consider pre-sell, then a sales page largely becomes redundant.

It's not totally wasted, but pre-sell alone can do all the power lifting. However, let's say you largely ignored pre-sell and decided to put all your efforts on a focused sales page. Which three elements would be the ones that I'd pick?

They would have to be:

1- The opening problem
2- The bullets
3- The testimonials

Does the headline make or break the ad?

When famed ad man, David Ogilvy was in his prime, he made a statement where he seemed to pluck a random figure from thin air. He said: “On average, five times as many people read the headline as read the body copy. When you have written your headline, you have spent eighty cents out of your dollar.”

The point he's making, however, is one of attraction. If you were to step on a street with a yellow shirt and a red hat with jet black trousers, there's a greater chance that a lot—if not almost all of the people—would notice you on the street.

However, going naked would likely achieve the same result. Hence, it's not merely a factor of attraction. Instead, it's attraction that creates a greater level of curiosity.

A great headline might get as much attention as your attire—or lack of it.

What keeps that attention is the part that is definitely the bigger challenge. And this is why we don't merely dole out the gold medal to the headline itself. Instead, it's the headline with the opening problem that's crucial to sustaining the curiosity.

One of the longest running ads in history had the headline “Do you make these mistakes in English”?

However, the genius of the ad lies only partly in the headline. The first paragraph, then the second drill a hole into the insecurity that most people felt—and probably still feel—when dealing with a language.

To know one language is already a slight embarrassment, when a good chunk of the world knows several. Yet, to make mistakes in own's own mother tongue—now that's a bit on the nose.

Writing a headline is considered to be the holy grail of a sales page.

Yet, it's the ability to sustain that attraction factor that's crucial. To give you an analogy directly from The Brain Audit, it's like driving a car and noticing red and blue flashing lights. The lights get your attention, because they signify a potential problem. However, if there's a sign that said: No traffic cops for 300 miles, now that's letting you off the hook and the attention crumbles instantly.

Hence, almost all the effort must go into creating not just the headline, but the first few paragraphs.

Here's an example from the Article Writing Course at Psychotactics, that's sold out ever since it began somewhere in 2006. Notice that the headline isn't shy. It's bold, and in your face. But it's only when you start reading, that you find yourself nodding just a little bit. You feel that frustrating feeling of having to always pitch, always sell your self.

How to stop knocking on clients' doors, and get them to call you instead​?

Knocking on a client's door is the hardest way to get business – yet we do it all the time​.

So why do clients put off the purchase?​

There are two big reasons. The first reason, is that they don't want to buy at the exact moment that you want to sell. So even if you've just made this wonderful presentation of your product or service, there's a close to zero-response on the client's part. And that's just because they're not ready to buy right away.

The second reason is that the client doesn't really recognise you as an expert. All they can see is someone who's trying to sell something to them. To them you're just another ‘sales pitch' coming through the front door. What you really need is a side-door entry!
___________________

If you'd ask me which which three elements are utterly crucial to a sales page, I'd probably hedge a bit and say they all play their part. But if you said to pick three, and only three, then there's no replacement for attraction.

Not just naked or yellow-red-black attraction, but attraction followed by an intense curiosity to know more; to read more; to want whatever magic is being sold. Once that curiosity has been fired up, the second element I'd never let go off would have to be bullets.

Which insane fool would not understand the power of bullets? Oh, that would be me. I've made that mistake before, but now I know better. Let's head on to the bullets and see why.

When writing a sales page, would you start with the headline?

If you did, you'd probably get very annoyed with yourself for a specific reason. Writing the headline and the main problem ends up with a lot of false starts. Besides you're thought process is frozen stiff. It's at this point, you need to start with the features of a product.

Almost anyone can list the features of a product or service.

For an online course, for example, here are a list of features.

However, that's just the starting point. What we need to do is turn these features into bullets because by themselves, these features are not curious.

Bullets are simply a headline with HOW or HOW to. Or you can use WHY. When you take your features and turn them into curious headlines, you now have a stack of headlines.

If headlines are what attract clients to your product or service, this is like having 50-60 headlines on a single page. While bullets seem to be something different or new, they're just headlines and each of them have the capacity to convert.

When written well, they are intensely curious. They're puzzles waiting to be solved. Many clients will look at a single bullet and want to join a course or buy a product. If they find more than one bullet that matches their expectations, you'd have to hold them back.

When we announced the sales page course, we use the same system of bullets to get and keep attention. And if you thought that 60 bullets are overkill, here are just some of the many bullets on the page.

Here are some of the topics covered in Stage 1​.

There's another reason why bullets are so important.

Yes, they're curious and keep the client's attention. However, an even bigger advantage is that they're restricted to a line, or slightly more. That allows a client to scan through fifty or sixty bullets at high speed.

In a world where everyone is skimming, the bullets act like an extended speed breaker. The client has to slow down to scan through the list, and stays at this slow pace while going through the entire list.

Designing the bullets so that it's not one big waterfall of text is also crucial.

It's one thing to have text on a page. It's quite another to be so sloppy that it's unreadable. Throwing sixty bullets on a page is a sure-fire recipe for overwhelm. If done badly, the client will simply avoid the entire section and you'll have missed the opportunity to present the entire course or product or service in the form of bulllets.

(Note: You can see how they're formatted at: https://www.psychotactics.com/workshops/landingpages/

or there's also a book dedicated to bullets, benefits and features at: https://www.psychotactics.com/products/client-attractors/ )

Okay, so we're done with the main problem (the attraction), the bullets (mainly to convert). Then it's down to risk. And what better way to reduce risk than have a series of stories? However, you don't write the story—your client does.

Welcome to the world of testimonials. But not just your average sugary testimonial. These are crafted to reduce the inherent risk the client feels.