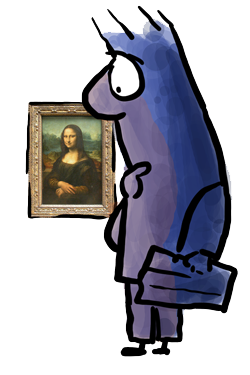 You know that story your mum used to tell? Every time she'd start recounting it, you'd groan. You had heard that story ten squillion times before and your mum just ignored you and told it anyway.

You may forgive mum, after all, she's just dear ol' mum, but your readers won't always be as kind. If you bore them, they'll just move on.

So how do we bore readers with our story?

We do this by unfolding a sequence or story that's extremely familiar. It's so familiar that as the reader is about 30-40 words into the sequence, they already know what you're going to say for the next 100-200 words or so.

Let's take an example or two

Let's say you're writing about Goldilocks and the three bears.

Now, the sequence is unknown. (Yes, that was bars, not bears). But if you talk about Goldilocks and three bears and drag out the sequence, it gets tedious, because I already know what you're saying.

We know about Goldilocks, don't we? And those three bears? And how she broke in sat on their chairs, ate their porridge and then slept in their beds?

And then you go on to the rest of the article

When you tighten that sequence, you respect the intelligence of the reader, but still, bring in the story to jog their memory. And of course, the story is integral to your article, so you can't leave it out. So your job is to keep the sequence tight and taut.

Let's take another example: a story about retirement

The downside of retirement is quite familiar territory. It goes like this: The person retires: They're excited; Then they get bored.

That retirement sequence was literally three lines. And you can get to the point awfully quickly if the story or sequence is known. But you don't always have to be so curt. You do have a little more leeway than three lines.

Your opening could be: Retirement is a sickeningly familiar story, isn't it? Everyone works like crazy, longs for retirement and then it happens. We get bored and disillusioned. But what do you do once this disillusionment sets in?

And then you go to the rest of your article

Which of course makes the reader very happy. But more importantly, it saves you about half an hour of slaving over an opening that is going to put the reader off, instead of helping them move through the rest of the article.

And yes, smile when mum starts up her story yet again.