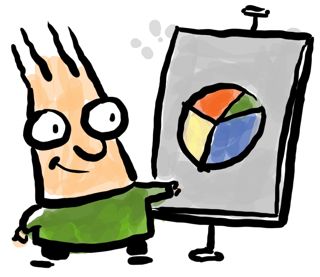 When I first started doing seminars in the year 2001, I'd start off talking. And flipping slides. And then talking some more. And then two days or three days would pass. Then I'd hand out the feedback forms.

They wonder this, and wonder that. And this naturally knocked off any chance of creating a seminar that got high scores.

And even if you're a big fan of music, you may not think it's appropriate to have music in a sombre setting as a seminar. So naturally I've got to explain.

And I do this explanation right at the start of the seminar itself.
Think of the explanation as two parts:
1) I'm giving the reasons why I'm doing what I do.
2) I'm reducing objections in advance.

So let's go back to why I play music for instance…
1) Entry point: I play music (and it's always upbeat music) when you walk in, because it increases the energy of the room. If you walk into a room that's silent, the energy is dead. If you walk into a room with music, the energy is bouncing off the walls. The music is not some fancy Chopin, but rather well-known, popular songs. This not only creates energy, but creates familiarity. When you walk into a strange room, the only ‘friend' you have is the music. Being able to relate to the music relaxes you a little. The music also acts as a mask, so as you're entering, everyone isn't focused on you.

Did you get what I just did in those two examples above?
I was explaining the method to my madness. And this explanation helps the participants realise that there is a system in place. And that the system is designed for better learning. Instantly this reduces their objections. And instead of the music or some other device I use becoming an irritant, it actually works to help them focus on what they do—and of course your system is appreciated.

But what if the system is NOT appreciated?
Sometimes a system may not be suitable for a specific group of people. However, while explaining your system you tell the participants that there are no rules. That if they feel that something in the system is hindering their ability to learn, they should let you know as soon as possible.

And ironically this method of ‘being able to report stuff' is a system or method in itself, and you can be sure you'll get feedback early in the seminar, and not right at the end.

Getting feedback earlier highlights the obvious…
The sooner you get feedback, the sooner you can take remedial measures. And as the participants see you taking steps to fix things, their respect for you goes up, up and away. This of course leads to happier participants.

And happier participants learn better, implement better
And  of course, give you much higher scores. Take the time to explain your method and watch your scores soar.

But that's not the only way to get high scores: So let's look at the second way: Send advance material to participants. What do you send? How much do you send?

Find out more at www.5000bc.com (Yes, it's a membership site, but you've never quite seen a membership site like this. If you were looking for someone to help you, to coach you, then you'll find enormous support—and information at 5000bc. Check it out for yourself).