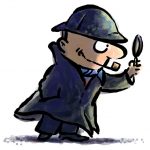 When a client buys your product or service, they obviously like it at some level, right? So why is it so very hard to get feedback? The answer may not lie in the act of feedback itself, but instead in trust factors, formats and follow up .Find out how the simple act of feedback is […] 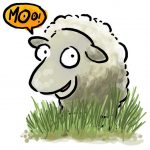 Smaller lists work amazingly well, but there’s a big task at hand You not only have to keep clients coming back, but prevent them from leaving as well. How do you do that? At Psychotactics we have many methods and it should give you some ideas as to where you can begin. If you have […] 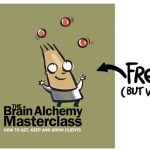 In the year 2007, I had a discussion with a client. It was about giving some of our courses away—yes, Psychotactics Course. Without charge. It sounds unusual: Why would someone just give valuable information away? You and I know that “normal” people don’t do this kind of stuff. No one just gives away thousands of dollars […]

It was the year 2012. There we were in Washington DC doing a three-day workshop on Uniqueness. And among the group of about 35 people, there was one person who was being disruptive. She casually interrupted the presentation to ask bizarre questions. She wouldn’t co-operate within the group. In short, this person was that pain-in-the-butt-client […]

Sir Freddie Laker, veteran of the now bankrupt Laker Airways, had some sombre advice for Richard Branson. Richard was about to start up Virgin Atlantic and wanted some words of wisdom. As Richard Branson tells the story, “Sir Freddie sat me down and said, ‘If you’re going to take on PanAm, TWA and British Airways, […]

US$19.2 billion. If you take the annual budgets of 142 countries including Cuba, Jordan and Lithuania and add them up, they won’t amount to US$19.2 billion. Yet in the year 2000, that sum was Harvard University’s endowment. If you’re thinking,’Wow! That’s amazing!’ there’s another wow coming up. In 1999, Harvard’s endowment was US$14.4 billion. In […]

I went for guitar classes when I was about 20. My dad owned a guitar. But I refused to borrow his, and went out and bought my own. I thought it would make me more committed. For four months, I plonked away at the strings, and then one day, I quit. In effect, my guitar […]

I was sitting with the manager of a boutique hotel in Buenos Aires, Argentina. And she showed me the hotel’s Web site. “We need to change that Web site”, she said, “but I’m afraid that we’ll lose our place on Google. Who knows, maybe we’ll go down in the ranking”. And my answer was: “Why […]